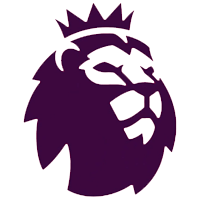 EPL
2022-2023
2022-2023
The English Football Super League consists of 20 teams, which adopt a double round robin competition system (each team will play with other teams twice as the host team and the away team respectively). The calculation method of points in a single game is that the winner gets 3 points, the loser gets 0 points, and both sides get 1 point in a draw. At the end of the season, the points are ranked according to the accumulated points. The ranking of teams with the same score is determined by the net goal and total goals. If the teams involved in league championship and promotion or demotion still pass the above conditions without any score, then look at the performance of the two teams in the battle and the goal scored in the away game. If they are still the same, a play off game is required.
PTS Player stats Schedule Video
Login
Forgot password
I have read and agree
The User Service Agreement, Privacy Policy.
Three login
Save login for a month
No account? Register